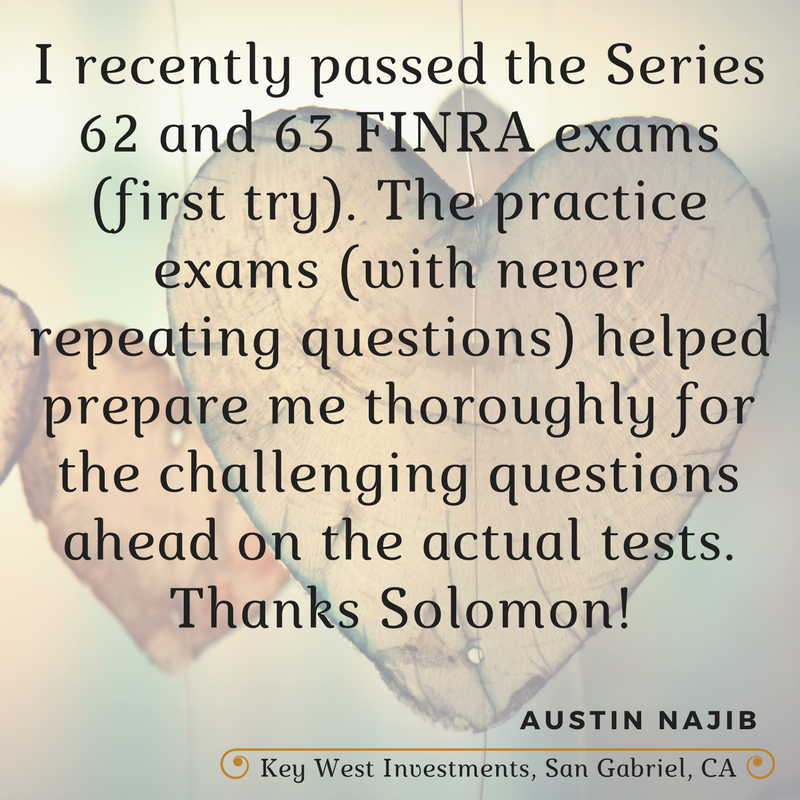 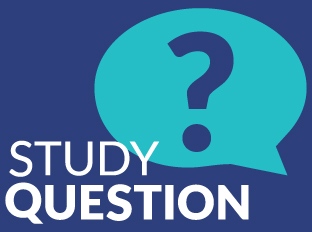 A. are secured bonds

B. are unsecured bonds

General obligations are not funded by a revenue stream associated with a specific project, so they are unsecured. Instead, they are backed by the full faith and credit of the municipality and paid for by taxpayers.

If you’re studying for a FINRA, NASAA or MSRB securities licensing exam such as the Series 6, Series 7, Series 65, Series 66, Series 50, Series 52, Series 79, Series 82 or Series 99, and you’re wondering how the sweeping tax overhaul might affect your exam and your studying, have no fear, the Solomon Exam Prep team is hard at work figuring out what the changes might mean for securities exam-takers. Continue reading 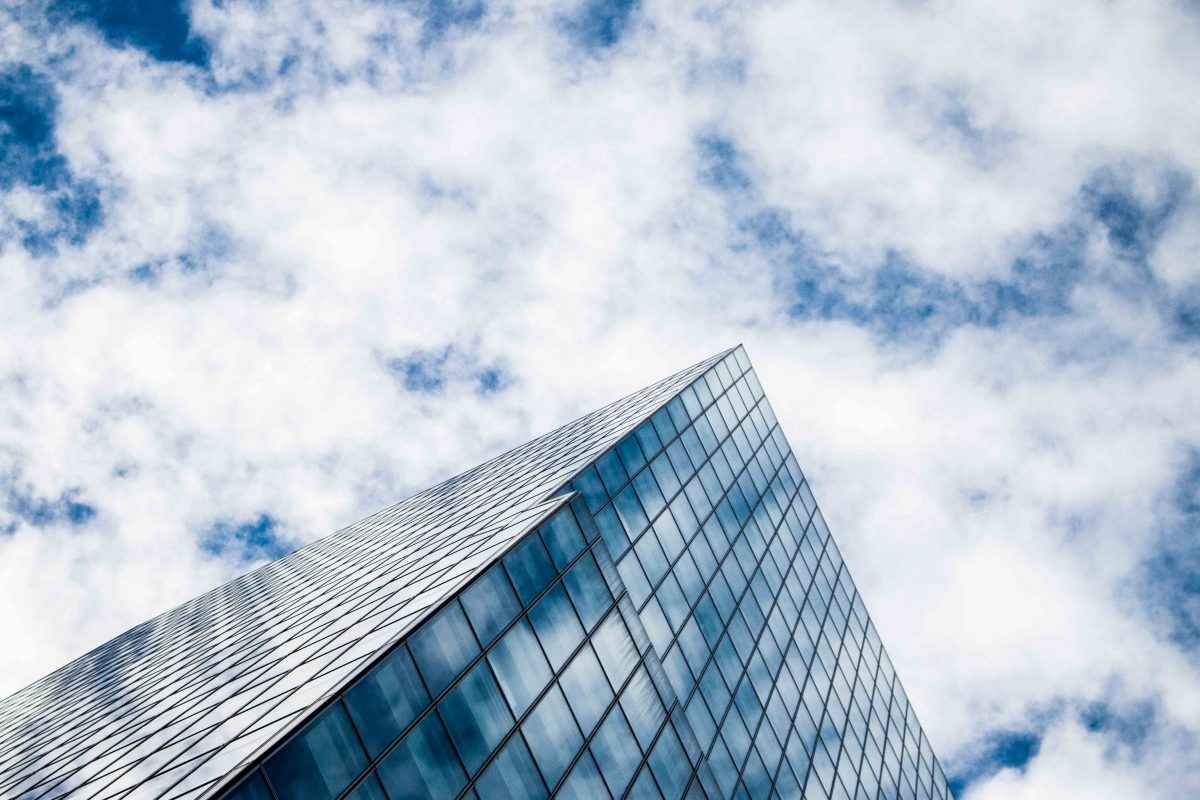 If you’re studying for a FINRA, NASAA or MSRB securities licensing exam such as the Series 6, Series 7, Series 65, Series 66, Series 50, Series 52, Series 79, Series 82 or Series 99, and you’re wondering how the sweeping tax overhaul might affect your exam and your studying, have no fear, the Solomon Exam Prep team is hard at work figuring out what the changes might mean for securities exam-takers. Regulators and exam committees have yet to weigh in, so what follows is just a first pass at the tax reform law that might be of particular interest to Solomon securities exam-takers:

The new tax law eliminated a bunch of deductions that had been grouped together as “miscellaneous itemized deductions.” This includes deductions for unreimbursed employee expenses, union dues, legal expenses, and tax preparation, all of which are now gone. The biggest loss for investment advisers is that customers may no longer deduct their fees.

The loss of these deductions only applies to individuals. Businesses (including sole proprietorships) will still be able to deduct fees for investment advice. Individuals would have been less likely to use the deduction anyway, since the increase in the standard deduction makes itemizing less attractive.

There is a new 20% deduction for people who get their income through a “pass-through entity” like a partnership, LLC, or S corporation. But not all pass-through income gets the deduction. This is one of the more complex provisions in the new law. A major limitation is that the deduction begins phasing out after $157,500 for certain “service trades or businesses,” defined as “any trade or business where the principal asset of such trade or business is the reputation or skill of 1 or more of its employees or owners.” Financial and brokerage services are specifically named as among the businesses in this category.

REITs are pass-through entities, and income from REIT dividends gets the pass-through deduction, while avoiding the cap for income from service trades or businesses. The portion of a REIT’s dividends that comes from capital gains on the REIT’s property is specifically excluded from the new deduction. However, as a capital gain this portion is taxed at a lower rate to begin with.

REITs were also given the ability to opt out of a provision of the new law that could have hindered them. Most businesses must now accept a cap on the amount they can deduct for interest on their debt. A REIT can choose not to be subject to this limitation, if it also agrees to deduct depreciation on its real estate at a slower rate.

Under the new law, bonds issued for the purpose of “advance refunding” are never tax-exempt, not even for government bonds. Advance refunding is when the bond issuer wants to take advantage of lower interest rates by selling new bonds to pay off old bonds. If the old bonds are more than 90 days from maturity, this practice is considered advance refunding and the new bonds lose their tax-exempt status.

The new law doubles the threshold before the estate tax kicks in, from $5.6 million to $11.2 million.

Estates and trusts also got lower tax rates and new tax brackets along with other types of taxpayers, as follows:

In addition, disability trusts still get the personal exemption that was eliminated for individuals.

The AMT for corporations has been eliminated entirely.

The bill included several changes to IRAs, 401(k)s, and 529s. For example, converting a traditional IRA into a Roth IRA no longer comes with the option to change your mind and convert back within a limited period of time. People who lose or leave a job with an outstanding 401(k) loan now have longer to pay it back. 529 accounts can now be used for elementary and secondary school expenses, up to a limit of $10,000.

What didn’t make it into the final bill

The final version of the bill passed on December 20th. When you search for information about it, you should pay close attention to when that information was published or posted.

For example, at one point the bill included a proposed FIFO (first-in, first-out) rule, which said that when selling part of your stock in a company you have to sell the oldest shares first. Since the oldest shares have probably gained the most value, you would have owed more capital gains tax, at least in the short term.

However, the FIFO rule was dropped from the final version of the bill. You may have also read about a major reduction in the annual contribution limits for 401(k)s, or a proposal to remove the tax-exempt status of private activity bonds. Neither made it into the final bill.

This process is not over. Although the ink has dried on the legislation itself, the situation is still developing with regard to how the law will actually be applied in practice and how it will affect your licensing exam. Count on Solomon Exam Prep to be there with the most up-to-date information as it relates to FINRA, NASAA and MSRB securities licensing exams.

Join Jeremy Solomon, President and Founder of Solomon Exam Prep, at the 2018 NCS Roundtable in New York. Jeremy will speak about the 2018 FINRA exam restructure and SIE exam launch and how to use it to help your firm raise its recruiting profile. Continue reading 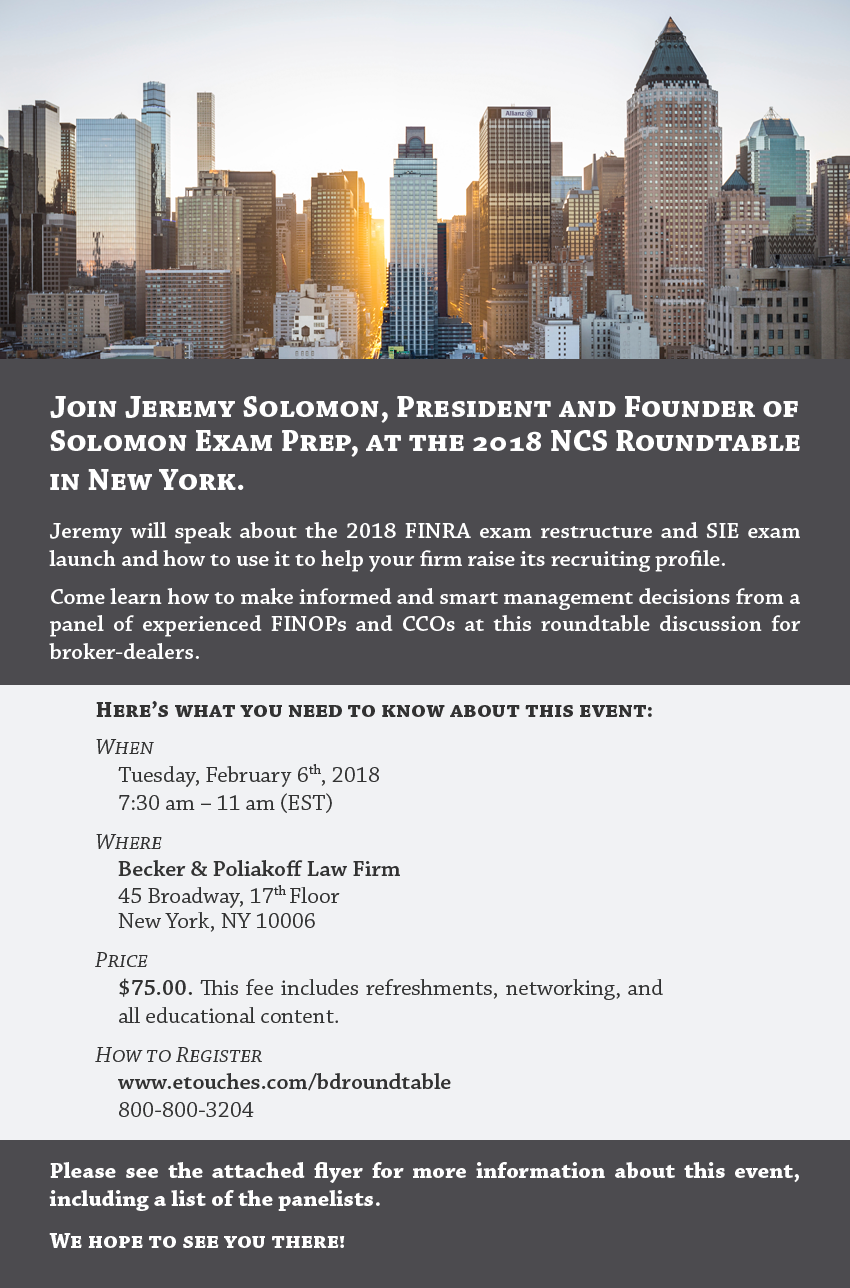 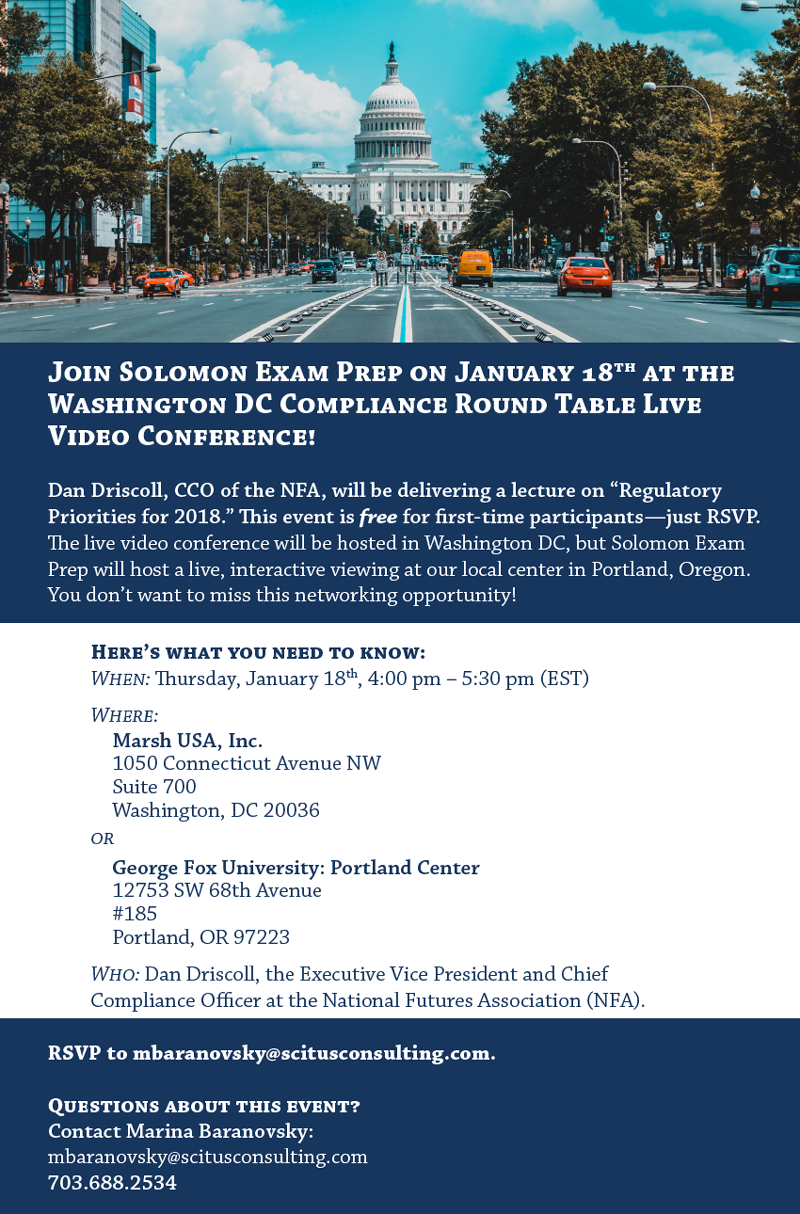 I passed my 27 and I can’t thank you enough for the preparation materials, most importantly the Practice Exams. Continue reading 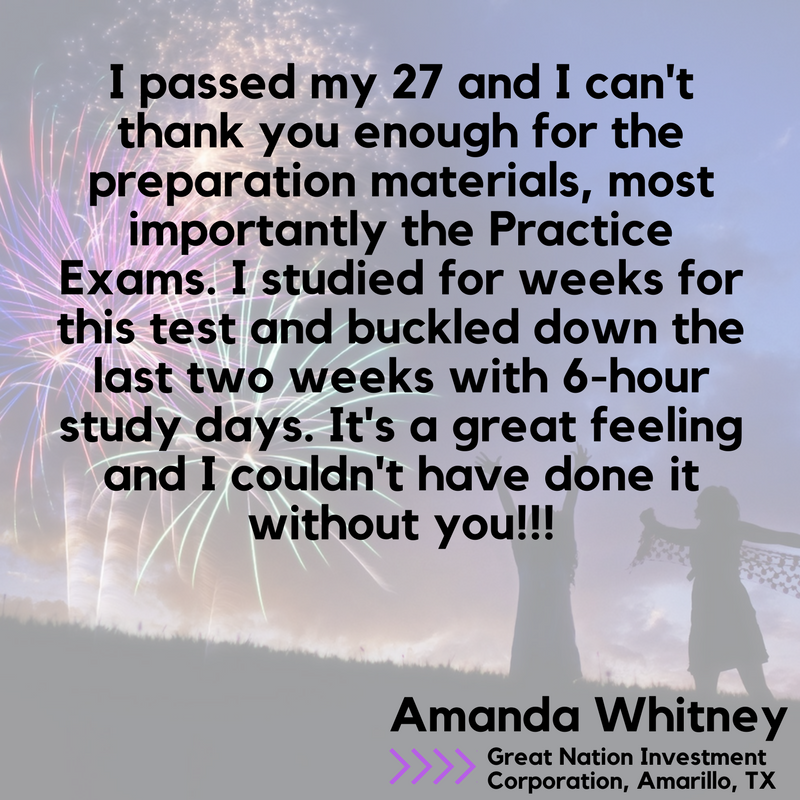 Congratulations to Jamie F., this month’s Study Question of the Month winner!

Relevant to the Series 24.

Which of the following does not have to be included in the margin agreement?

A. The interest rate

B. The method of computing interest charges

C. The conditions for interest charges to be imposed

D. The method of determining the debit balance

I passed the Series 52 with flying colors using the Solomon program! I used the audio, book, and took many exams. Continue reading 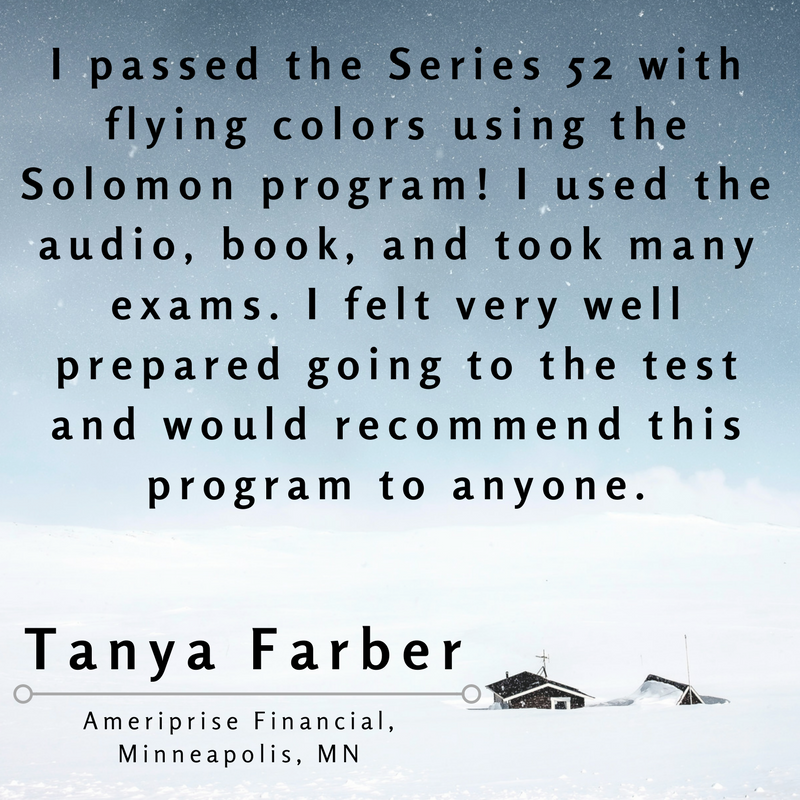 The professors at Solomon Exam Prep have been hard at work. This month, after hundreds of hours of research and writing, not to mention grueling all-night debates and rigorous statistical back-testing, Solomon Exam Prep added practice question number 13,000 to our securities exam prep database! Continue reading 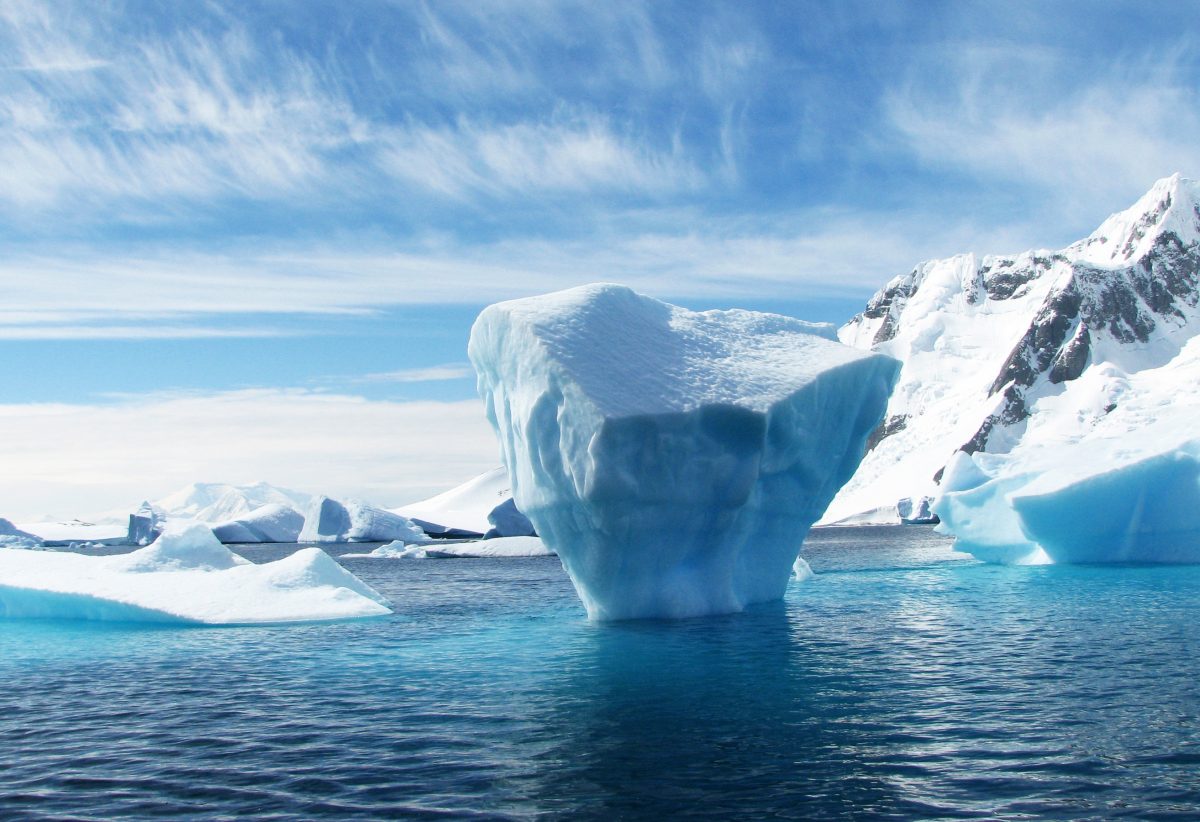 The professors at Solomon Exam Prep have been hard at work. This month, after hundreds of hours of research and writing, not to mention grueling all-night debates and rigorous statistical back-testing, Solomon Exam Prep added practice question number 13,000 to our securities exam prep database!

In our company meeting, we discussed how to best celebrate reaching such a monumental yet obscure number. We considered consuming 13,000 calories of cake, but that just wasn’t cutting it. Lighting off 13,000 fireworks seems fun in theory, but we all agreed the execution would be far too dangerous. If you think about it, even a riveting game of office telephone would get old after the 13,000th round.

Instead, we decided to skip the fireworks and focus on what we do best, which is writing yet more highly relevant and high quality questions. While we’re proud of our achievement, 13,000 is only the beginning for Solomon Exam Prep. We’re already working hard on new questions for our database, and we don’t plan on stopping anytime soon—or ever, really. Does that make us crazy? Perhaps. But it’s a good kind of crazy because it makes Solomon Exam Prep the most effective and robust securities exam prep program. Having over 13,000 practice questions is just one of the reasons Solomon students pass their exams over 90% of the time. When you’re studying for the Series 7 or the Series 24 or the Series 65 or … bigger is better. Ask yourself: how many practice questions does your securities exam prep have? If it’s less than 13,000, do yourself a favor and try Solomon.

I passed the Series 63 with a score of 88%. I spent 3 hours every day for a week to study. Continue reading 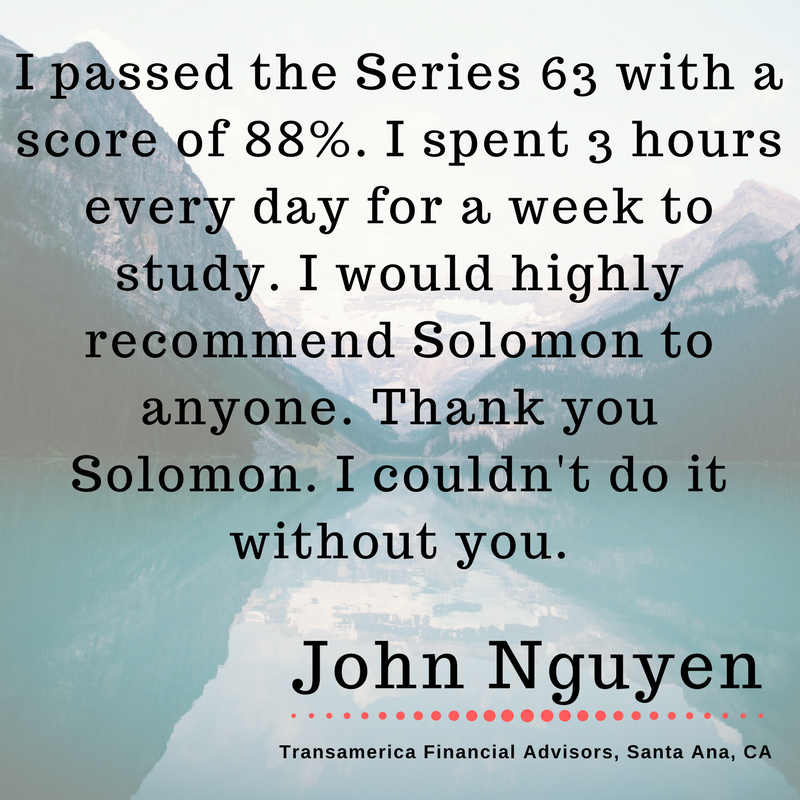