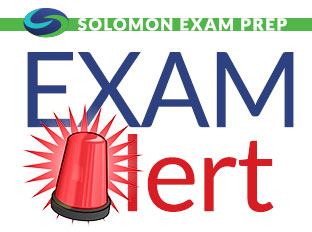 Solomon Exam Prep has learned that FINRA is considering making the following changes to the securities exam system:

Follow Solomon Exam Prep as we keep you up-to-date on these important changes.